WINTER IS HERE! WARM-UP with our WINTER-THERMAL ARMORED LAYERS!

WINTER IS HERE! WARM-UP with our WINTER-THERMAL ARMORED LAYERS!

Crash Into a Guard Rail at 70 MPH 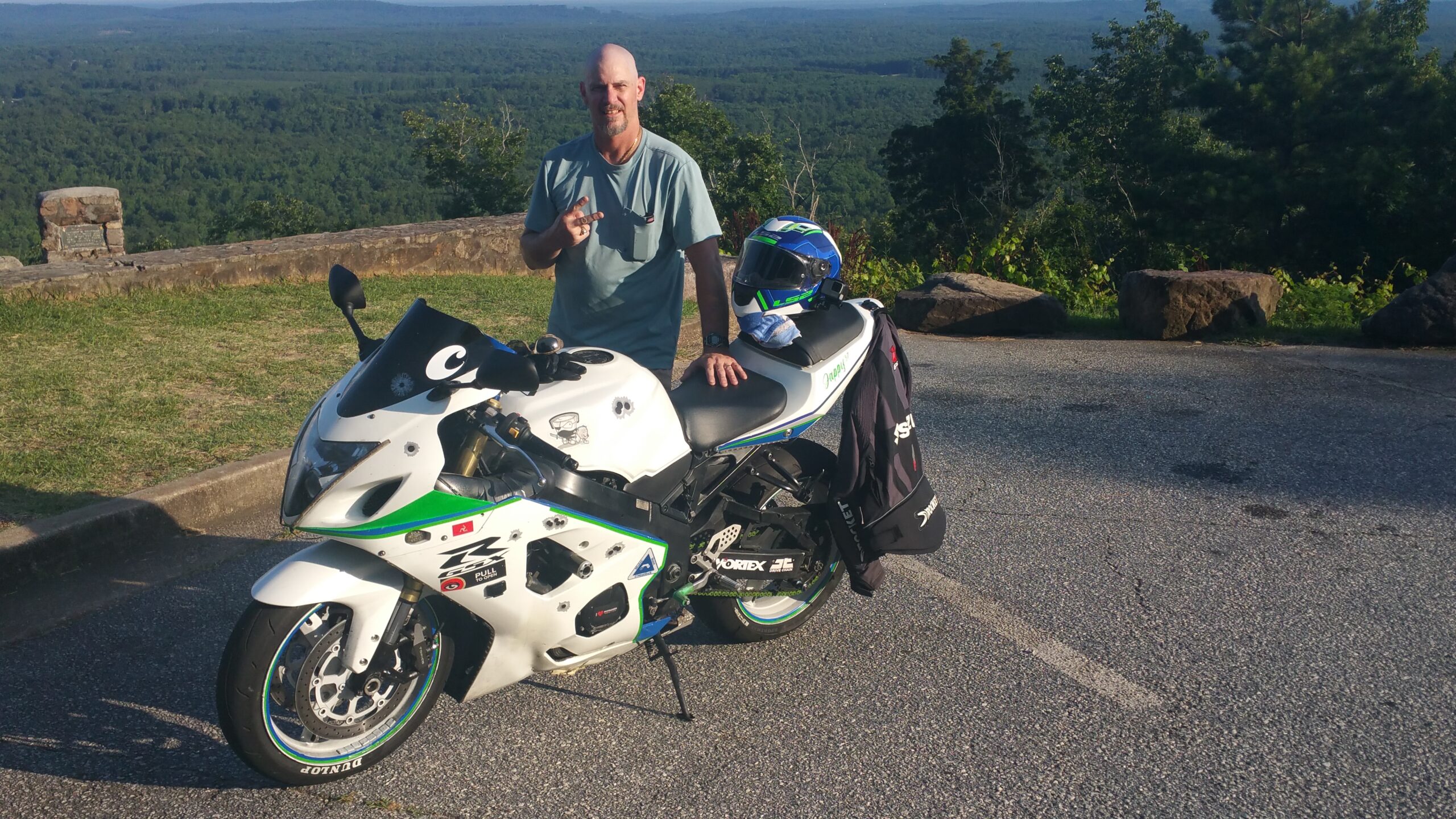 I was in a pretty bad motorcycle accident–a 70mph crash into a guard rail!! However, I only sustained a small but deep puncture wound right below my left butt cheek. The pants worked tremendously!!! Immediately following the accident, two motorcyclists asked what I was wearing and both ordered a set of armored pants right there on the side of the road!!!

I’ve ridden a “bike” of some sort pretty much all of my life, got my first dirt bike, 1981 XR80 at 10 years old. I was raised to fear the LORD and my mother and daddy!! Lol…she always said, “I best not EVER catch you riding without a helmet”. That paved the way for riding and being protected. My Christian Motorcycle Group preach to those we ride with to ride with gear. I have a brother 5 years older than me, that was killed on a GSXR 750 APRIL 11, 2005. This affected my passion for riding and being as protected as you can be with the money you have.

The hot and humid temperatures in Alabama makes the decision tough to wear proper gear. I saw an ad in American Motorcyclist Magazine for Bohn Armor and had to give the pants a try because of the heat… well, I AM A BELIEVER IN THEIR ABILITY TO PROTECT!!

I made a late pass in tandem with my brother leading. I should have waited. We communicate with Sena and I said “let me know if you decide to go and I will follow”. He said “come on” after the on-coming vehicle passed. It was my first time in Cheaha State Park outside of Birmingham, Alabama (highest point in the state). I dropped a few gears and went…patience should have been my decision.

My brother was centerline and I was white line which led to my second mistake. Rather staying behind him I dove on over to my white line lane and realized I was coming in “hot”. When I was next to the car I glanced at my speedometer and 95mph was what I saw.  I had to hustle so I dropped TWO gears, applied a little front brake but my rear wheel wiggled just a little and lost traction, then the white line didn’t help any with grip. I said, “oh, Oh, OH,  GREG!!!” Which rattled him enough to cause him to hit the grass in his attempt to stop.

It was basically a 90° left turn. My main goal was to avoid the guard rail in the upright position which quite possibly could have sent me airborne off a cliff and down through the trees. If you watch the video closely, I held on until the last minute then tried to kick myself from the bike to avoid being pinned between the bike and guard rail. When the bike bounced off the rail it hit me and turned me around backward and I slid under the rail hitting the vertical post squarely in my back and stopped immediately. Knocked my air out, and fortunately, I was wearing my backpack, which was loaded for the two-hour ride to get there and the two-hour ride home. That saved me from sure back damage as well.

Speed estimations are somewhere between 60-70 mph…I was not wearing a leather jacket, but my jacket was padded and decorated with patches and such and made by Rocket. The left and right shoulders were left without the patches. I was wearing wrangler outdoor pants with thigh cargo pockets. It tore the whole left side cargo pocket completely off the pants,  but the Bohn Armor thigh pad and hip pad performed marvelously with minimal damage. The left shin mesh of the Bohn Armor, which holds the knee and shin pad was torn but the padding itself sustained minimal damage.

I kept the outdoor pants for a long time, they were destroyed but the Bohn pants barely had a scratch. After the accident I lost my Bohn skull cap, which I absolutely love by the way, because of the quickness of how I got up, removed my helmet and began thanking the LORD for sparing my life.

When everyone assembled at the crash site I began to talk about my gear and the padded underpants that performed so amazingly awesome, which everyone was curious about. Now we have several guys that have your armor as well.

I have not replaced my damaged pants, I AM ACTUALLY STILL WEARING THEM!! To me, it is well worth the minute it takes me to put them on and the 3 minutes to remove them at work. Then when I am about to leave, I simply take the time to put them back on… not a big especially when I think about the damage to me,  THAT COULD HAVE BEEN had I not had them on that day.

Thank you for making these pants.